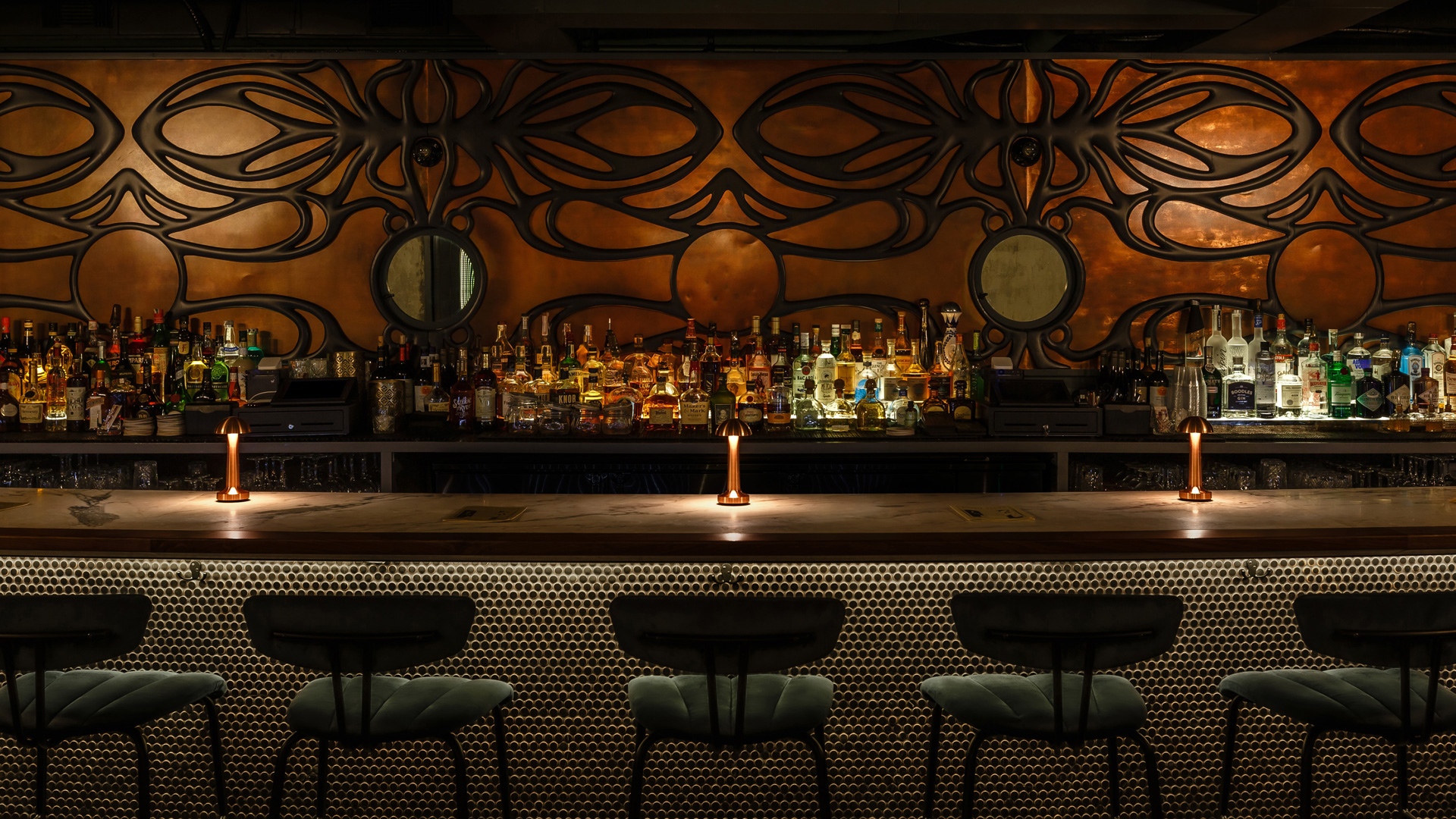 Double Dealer is a subterranean cocktail bar, hidden below New Orlean’s historic Orpheum Theater. The interior design is filled with theatrical misdirection and cinematic delights that present themselves as guests move throughout the space. Being one of very few underground establishments in New Orleans, we created a visual identity system  that plays heavily in themes of mystery and surprise.

The Double Dealer is a glittering cocktail bar hidden underneath the Orpheum in New Orleans.

A cryptic neon face is the only sign, drawing you into an underground vaudeville of theatrical illusion and secrets.

We styled the menu after the bar's namesake: an underground 1920s literary journal circulated in the South.

We transformed ordinary collateral into surprises. A 20-sided "Dealer's Choice" die accompanies every menu and the humble coaster animates to life when spun.

Interior signage was inspired by artifacts you might uncover when exploring an old theater.

As a final detail we resurrected unused logo explorations as a series of "ex Libris" stamps and custom bathroom wallpaper.

A special thank you to Barrett, Tony, and Todd at ERG Enterprises.